Things we should never do with Powerpoint (1/10) 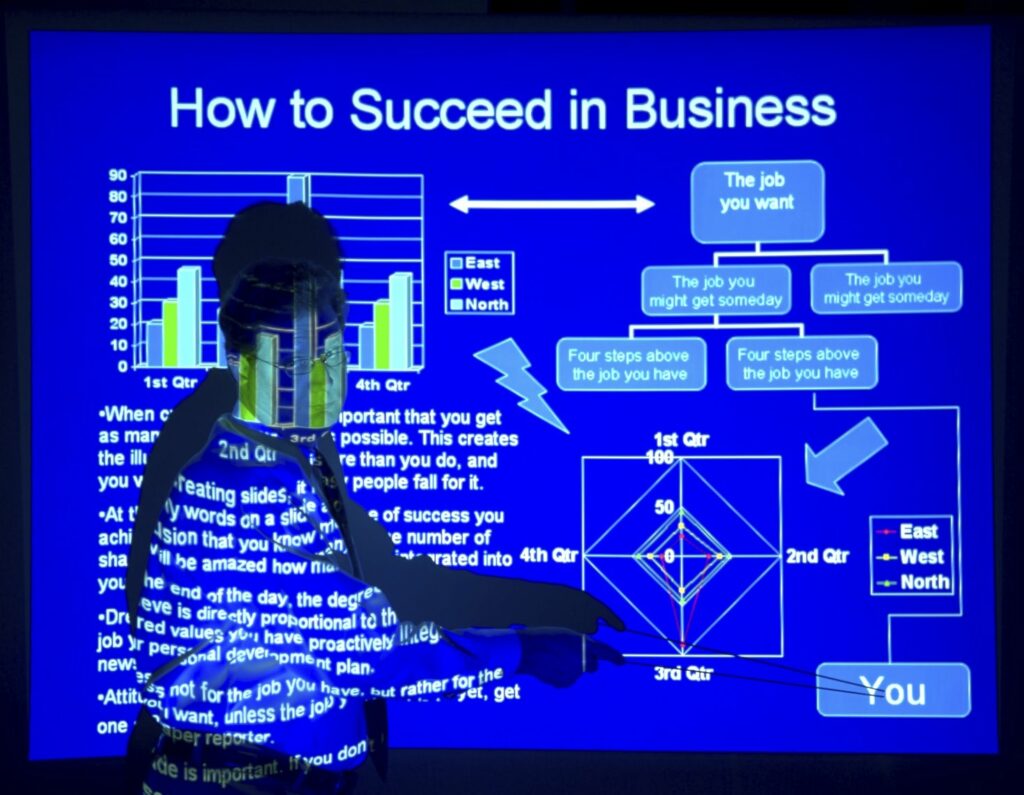 I still occasionally come across articles as infuriating as this one, which suggest that PowerPoint (or any other digital-slide based system) should be banned from classes. They often argue that it is detrimental to students and their learning.

Now I’m not one to avoid criticising the misuse of PowerPoint in lectures, presentations or meetings, but it is quite a leap from that to asking for it to be banned – similar to the leap that we would have to take before removing whiteboards, desks and even the lecturers and students. (I should also add that these paths are already being taken: there are classrooms with no whiteboards, desks or even lecturers and students, when you take distance learning models into consideration). And I am not one who can be accused of being undemanding with my PowerPoint slides. I am demanding – and highly so.

Things that we should never do with PowerPoint (1/10)

If the first thing I do when I need to prepare a new lecture, presentation or meeting is open PowerPoint, that’s a bad sign. There are two parts to any presentation: content and form. And make no mistake: the most important part is the content. The content is what we have come to talk about. It is what we have been asked to communicate. Without content, everything else is pointless. Form, however, is the medium, the channel, the way the communication works. If the first thing I do is open PowerPoint, it means that I am concentrating more on form than content. The first thing that needs to be done when preparing a presentation is … (drum roll) … thinking. I need to think about what I want to say, first of all. Then, I need to think about how to structure it. And finally –and this is always the last step– I need to decide on its form.

If the first thing I do is open PowerPoint, it means that I have already decided to use it as a script. In other words, I am going to be one of those extremely bad and boring speakers that audiences can’t stand. One of those speakers who stands sideways between the screen and the audience and looks at each with one eye ( therefore losing almost all visual contact with the audience, which is so damaging to communication as it limits your capacity to express things non-verbally) so they can scan the slides for the script they need to recite. We’ve all seen it many times: the typical speaker, standing sideways, falling silent after finishing one of their presentation’s subtopics, before checking the screen and moving to the next slide to find out what they need to talk about next. “Oh, right!” they say, as if they have suddenly been enlightened, “now we’ll be talking about this!”

There is also a whole other level of uselessness when it comes to presentations, speakers who turn COMPLETELY to face the screen and read the entire 200 words that they have managed to cram onto a single slide. You can be certain that they will read every single one of those words. But I don’t want to talk about these people anymore, they belong to a past that I hope will never return, they are the Jurassic speakers.

This article is part of a series that will be published periodically to cover the most common mistakes when using PowerPoint in lectures or presentations.