What is Bitcoin and how you can become rich with it

If you have not been living in a cave for the last months you have probably heard about Bitcoin. The so called “Digital Gold” or “Digital Money” has been all around the media since it trespassed the benchmark of 10000$/Bitcoin at the end of the November.

If you ask about me, I am Lucas, a TBS student for the first year of Bachelor who is passionate about Cryptocurrencies and has been an investor and trader for the most part of 2017. I did a conference about the topic recently, and has been asked to write a little summary of it here for those of you who couldn’t make it and/or are interested in the topic.

So, what exactly is this Bitcoin thing?

Bitcoin was created in 2009 by an anonymous person called Satoshi Nakamoto, and is designed to be both a medium of exchange and a store of value:

-Medium of exchange: As with the Euro or the Dollar, we can use Bitcoin to buy and sell good and services. As of today, many important companies like Microsoft, Subway or WordPress allow you to pay using Bitcoin

-Store of value: Similarly, to what Gold is used for, we can use Bitcoin as a way of storing wealth and not having it in FIAT money (Euros, dollars).

This currency is based on the Blockchain, an innovative ledger that allows transactions to be safe, transparent, fast and cheap.

Thanks to the Blockchain, we can send and receive money from anywhere in the world without having to use a 3rd party, the banks, and this is what makes Bitcoin so special. 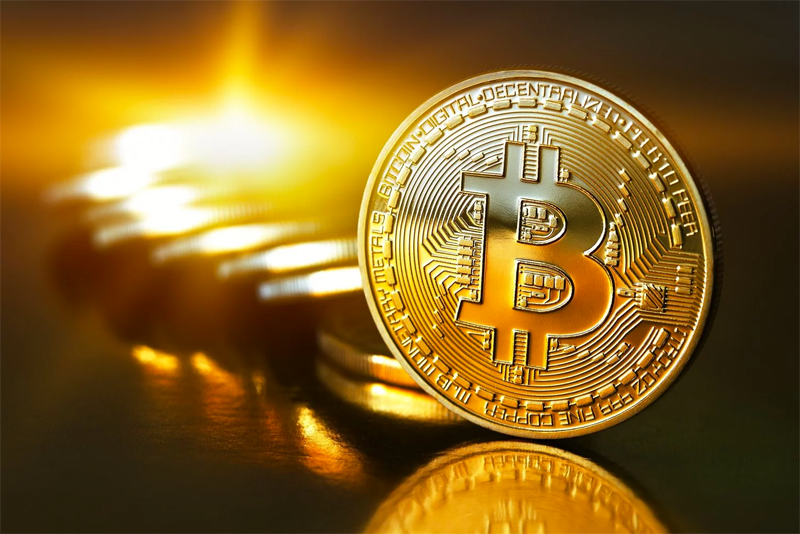 Bitcoin has suffered a humongous volatility in the last two months. It started December at 10k, went all the way up to 20k on December the 15th, and is being traded today at 14000$/BTC.

There is some people claiming that this exponential move BTC performed was a bubble, and that its top was set at 20k. I believe this to be true (for now)

Let me explain myself: 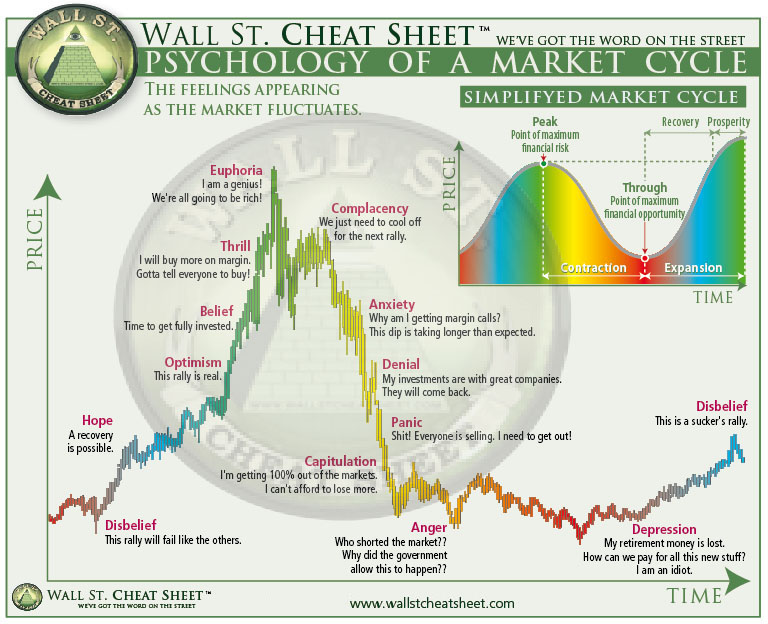 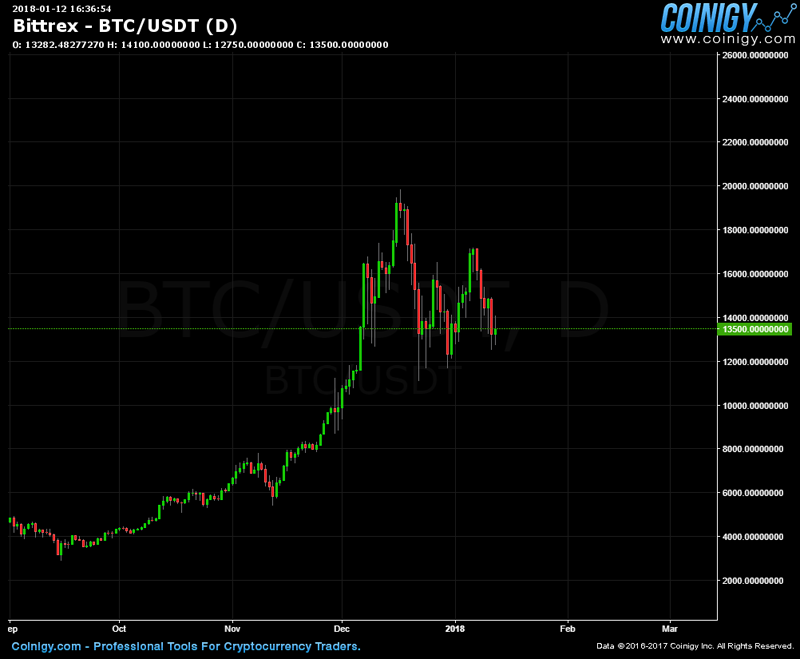 This is the market cycle of any asset. If we compare it with BTC’s chart as of 12th January, we can see we may have just trespassed the Complacency stage. This would mean BTC is going to consolidate at lower prices (8k would be quite suitable) for some time before the next run up.

-So Lucas, this is bad for Bitcoin, it is over!!

No, consolidating at 8k for some time would actually give us the fuel we need to reach 50 or even 100k in the future.

That could happen, and we are not trying to predict the future here. If we look at the past, however, we have the precedent of BTC climbing from 200 to 1000$ in 2014, followed by a correction back to 200 that lasted for two years and eventually lead to trespassing 10k just some weeks ago.

All in all, I think this is a one in a lifetime opportunity to participate in such a crazy, yet profitable financial market, so even if you are not willing to put money into it, I would highly encourage you to follow this market.

So, as a final recap, I want to post a set of answers and questions that some of you might have right now:

+Learn, watch videos, read books, understand what Bitcoin and it technology really are.

+Cool! Contact me at l.gil-canton@tbs-education.org and I will be more than happy to help.