Should one be guided by intuition or by information?

Many people say that when one has to take a decision, the best way is to trust one’s instincts or intuition, but is that really a good idea? We normally talk about instinct when we mean that firm conviction whose origin is “visceral” – at best, in one’s heart, but it can also be in an ill-defined area between the intestines and the liver – and which inclines us towards one option more strongly than towards others. A job offer, a candidate or suitor, a holiday destination, whether to have a child or not… among many other choices, often important ones. But there are several reasons why it might not be a good idea to trust one’s instincts. Here are some of them:

The very concept of instinct has an emotional connotation that is intrinsic: it is the emotional charge that inclines us towards a particular choice. But that does not mean that the origin of the decision is a particular emotional state. Obviously, my instinct will tell me that it would be a good idea to pick up the handsome and likeable chap who is looking at me and smiling at 3 in the morning, with a drink in his hand! But that is not to say that that decision would be the best one.

In the same way, how many times do we choose what we know rather than another option which seems more advantageous, but which could be full of risks, telling ourselves that it was our instinct that advised us to keep away from that dark area, when all that happened was that we felt afraid, and preferred to anchor ourselves to the comfort zone? We all agree that emotions should not be repressed, and anyone who has seen the film Inside Out knows that they play an important part in adapting us to the world around us. We also all agree that it would be difficult to lead a well-balanced life if we always allowed ourselves to be guided by our emotions.

I am a fan of Daniel Kahneman, who was awarded a Nobel Prize in 2002 for the work which he did with Amos Tversky on the Theory of Perspective. And even more of a fan since he published the book Pensar rápido, pensar despacio (Thinking quickly, thinking slowly) (2011), in which he explains how our decisions are often affected by cognitive biases, in other words, by mental short cuts which lead us to conclusions that are either illogical or based on incomplete information.

A clear example is confirmation bias, which makes us more inclined to pay attention to information which corresponds to our preconceived ideas that to that which does not. To give a highly topical example, if we are in favour of the independence of Catalonia, we shall pay more attention to the blows given by the national police to peaceful demonstrators than to the barriers placed at the points of entry to Barcelona on Sunday, 27th October, which was the day of the constitutionalist demonstration.

Very often, when we allow ourselves to be guided by our intuition or our instincts, all we are doing is succumbing to the temptation to be carried away by a bias, rather than gathering the information that we need in order to make a rational decision. That is why advertising works: instead of reading the label on a bottle of juice to ensure that it is made from pure fruit, our intuition inclines us towards the brand that we trust, because it’s the one that we know, even if the juice is made from fruit concentrate, and even if it’s more expensive! 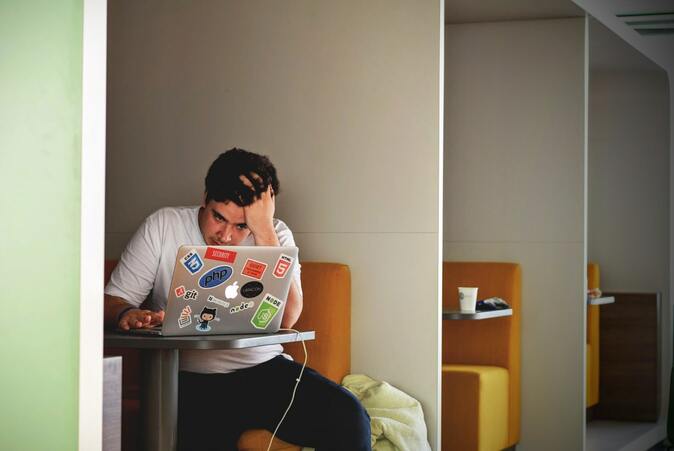 Our forefather Solomon Asch created the prime example of social psychology in which he asked a group of people, all in collusion with him, to say which line from a group of four was of a similar size to a given line. The subject of the experiment, who was the only person not in collusion, always tended to conform to the opinion of the group, even when it was contrary to the evidence of the subject’s own eyes. Asch called this “conformity”, and it explains why our intuition so often inclines us to the option preferred by the majority, which does not necessarily mean that it is the best option.

Perhaps the explanatory mechanism is also a cognitive bias of the kind “if people prefer it, it must be good”. If so, if all your friends wear drainpipe trousers, perhaps your intuition will tell you that perhaps you should buy some for yourself, because you will look so good ( and in 50 years’ time you will be embarrassed to show your grandchildren the photos of your youth).

Kahneman, in the above-mentioned book, says that a valid form of intuition is that of the expert who has dealt with many cases of the same type, and has had the opportunity to see whether his initial predictions were correct or not. In such a case, an intuition can be a kind of mental processing that is so quick that it does not reach the frontal cortex.

But as it would be so difficult to be an expert in a variety of subjects, I would recommend that, before trusting in one’s intuition, one should take one’s time to consider the alternatives, using the maximum amount of reliable information available, and making the appropriate mental effort. And if there is no information on which to base the decision, then yes, go ahead with your instinct.