“I have been told, on several occasions, that the progress of women within middle management is ‘reducing the importance’ of those positions.” Marilyn Loden wrote those words in an article for BBC News. She did so to remind readers of the first time the term ‘glass ceiling’ was used. It was on 24th May, 1978, during “a round table about women’s aspirations”, before the gaping participants.

So more than 40 years have passed since this employment consultant and writer, who hails from the U.S.A., coined that famous expression, and it is still just as necessary to talk about it today. The “glass ceiling” means all the unwritten rules or invisible barriers that impede the promotion of women to senior management positions, regardless of their qualifications, aptitudes or achievements. In other words, this is an example of sexual discrimination, fed by the stereotypes and cultural constructions of our society, which torpedoes the progress of women in their professional careers and precludes their public and personal fulfilment. 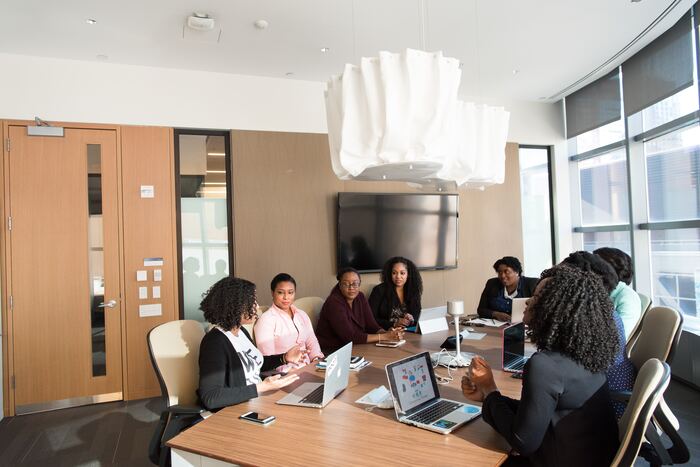 It is true that, over the intervening years, the number of women in the upper echelons of company management has increased exponentially in most sectors, but it is still far from parity with that of men. European Women on Boards (EWoB) is a non-profit-making association, created in 2013, and which works, with the support of the European Union, to achieve greater diversity and equality in European boardrooms. According to its latest report, large European companies do not conform to these characteristics.

Although the European Commission recommends a proportion of 40%, in reality an average of only 33% of Board Members are women. And if we exclude female directors who occupy more than one position, the percentage falls to 27%. The study analysed 600 companies included in the stock-market indicator Euro Stoxx. From the analysis, an Index of Diversity of Sex for 2019 was constructed for EwoB.

The 15 best companies for parity 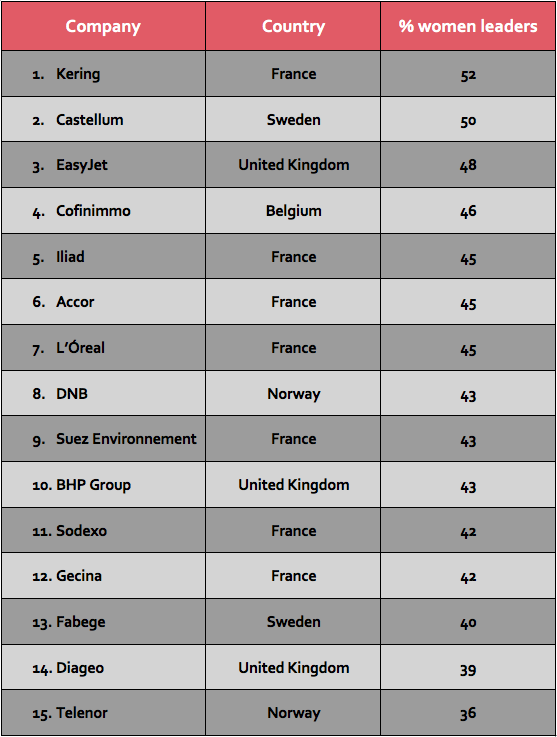 Of the 600 organisations, only 28 (less than 5%) are led by women. This percentage increases if we include the first three levels of management: there are then 99 companies (17%) which comply with the quota. In any case, complete parity at the decision-making levels in companies is rarely reached: only 30 approximate to this balance, while 53 continue with male domination.

The situation in Spain

No Spanish company appears in a leading position in equality of the sexes. Nor in second or third place. We have to go right down to 108th place, where we find Bankinter, which is the best Spanish company in terms of proportions of the sexes. It is followed by CaixaBank, in 107th place, Santander (204th), BME (226th), and Repsol (227th). So it is the financial entities that are the leaders in parity in Spain. However, and although the general impression is not very good, Spain is the country with the largest percentage of female financial directors.

The human resources group Adecco also places Spain at the bottom of the world ranking in management opportunities for women. According to its Competitivity index of global talent, Spain is in position 112 out of the 125 countries analysed. The study considers the different countries in terms of their ability to manage talent: attracting it, increasing it and retaining it.

Spain opted to begin legislating with a “soft” quota, in the form of a recommendation without penalties for failure to conform. This was the 2007 Law of Equality, which recommended, in its Article 75, “including on the Board of Directors that number of women which will enable a balanced presence of women and men to be reached within eight years of the coming into force of this Law.” That is to say, that by 2015, parity at the top levels of companies should be a reality (or, at least, should be close). But in 2020, the data obtained by the association EWoB show that legislating for quotas of each sex is not sufficient. 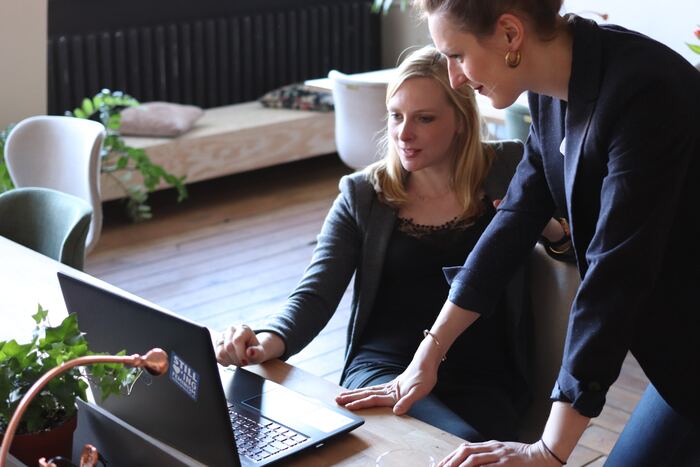 In this connection, the Fundación de Estudios de Economía Aplicada (Fedea) (Foundation for Studies in Applied Economics) recommends a policy of temporarily compulsory quotas – already existing in countries such as Norway, France, Belgium and Germany − to increase the presence of women. In late 2018 that entity also published an article [SPANISH] which analysed the proportions of men and women on the Boards of Directors of all the listed companies in Spain in the period from 2013 to 2017. Of 1,363 directors, only 247 were women (18%). To reach parity, Spanish companies would have to replace 352 male senior executives by women. And the situation is worse in companies that are not quoted on the Stock Exchange.

Last year closed with a big acceleration in the contracting of women. The objective was to approach 30% of female directors – the proportion that had been set by the Comisión Nacional del Mercado de Valores (CNMV) (National Securities Market Commission) in the Code of Good Governance [SPANISH]. This document, aiming to monitor the functioning of the bodies responsible for governance and administration in Spanish companies, set the year 2020 as the deadline for the achievement of parity on the Boards of companies quoted on the Ibex. Currently, the percentage of female directors is 27.63%, and, of the 35 large companies, only 16 reach the quota (four more than in 2018).

The consultancy Great Place to Work, which helps companies to implement a business and organisational culture that will enable them to achieve their strategic objectives and to beat the competition, gives examples of measures by which to combat the glass ceiling [SPANISH].

The Woman Forward Foundation, a non-profit-making institution which promotes female leadership, increasing women’s involvement in decision-making in social and economic spheres, also provides companies with tools with which to progress towards equality. As does the Woman Forward Index of Diversity of Sex, whose objectives are to help companies to draw up their annual reports on corporate governance and to help them improve their policies on diversity. Also noteworthy is their Diagnosis of Equality of Opportunities, a study which enables companies to know their situation so that they can prepare an equality plan in a much more economical manner, and with appropriate guidance.